During the SARS-CoV-2 viral pandemic, it has been made obvious that novel modalities for learning are needed. Within the frame of this project, we will employ artificial intelligence and a social robotic platform (Furhat) to create a novel series of virtual patients. Those will be used to enhance interprofessional and communicative competences in learning.

Furhat is a social robot that consists of a physical head and software that allows the robot to have conversations with one or several individuals at the same time [1]. Furhat has been used for several purposes, e.g. in an exhibition at the National Museum of Science and Technology in Stockholm. The robot played a game together with the visitors in a three-way conversation [2]. Furhat has also been used during a four-week long time period at the airport in Frankfurt, where the robot answered passengers’ questions regarding flight delays or cancellations, or directions to various stores and restaurants. Another interesting way of applying social robotics is through social simulation, by programming the robot to act like a human in order to create a training platform [3]. This has previously been used to simulate an individual with a psychological disorder to train psychology students [4].

The aim of this project is to use Furhat as a novel platform for virtual patients in order to teach students in health care educational programmes. Furhat’s ability to interact with several individuals at the same time will allow us to use the platform as a tool for interprofessional learning. For the purpose of comparisons, we also plan to design the same virtual patients on a conventional platform that is currently used at the Karolinska Institutet. 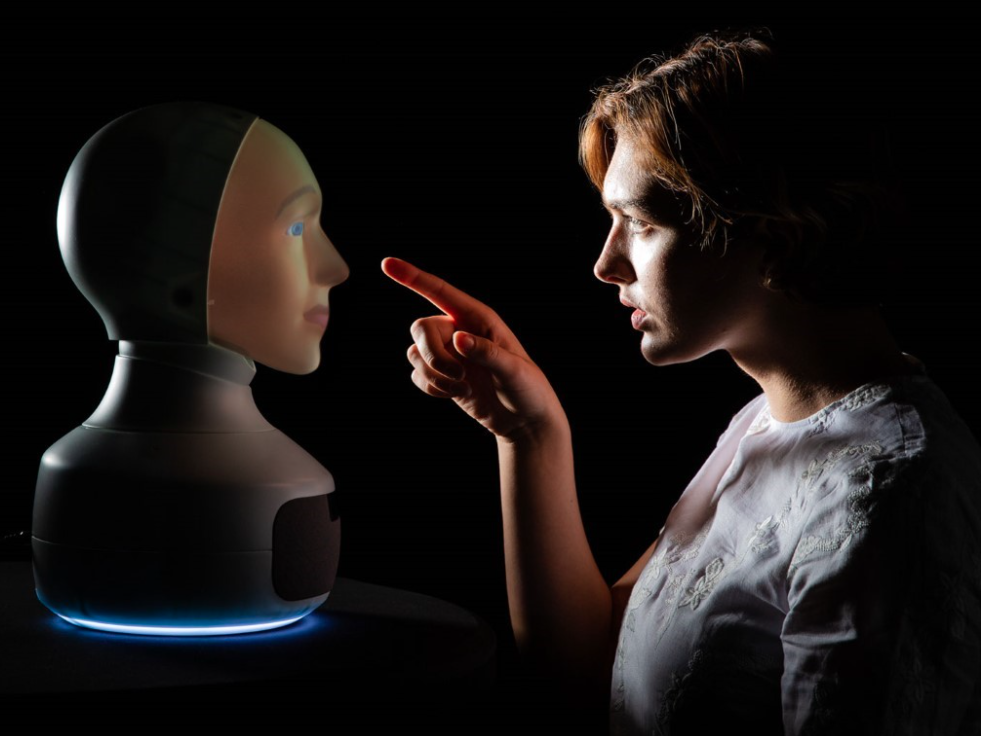